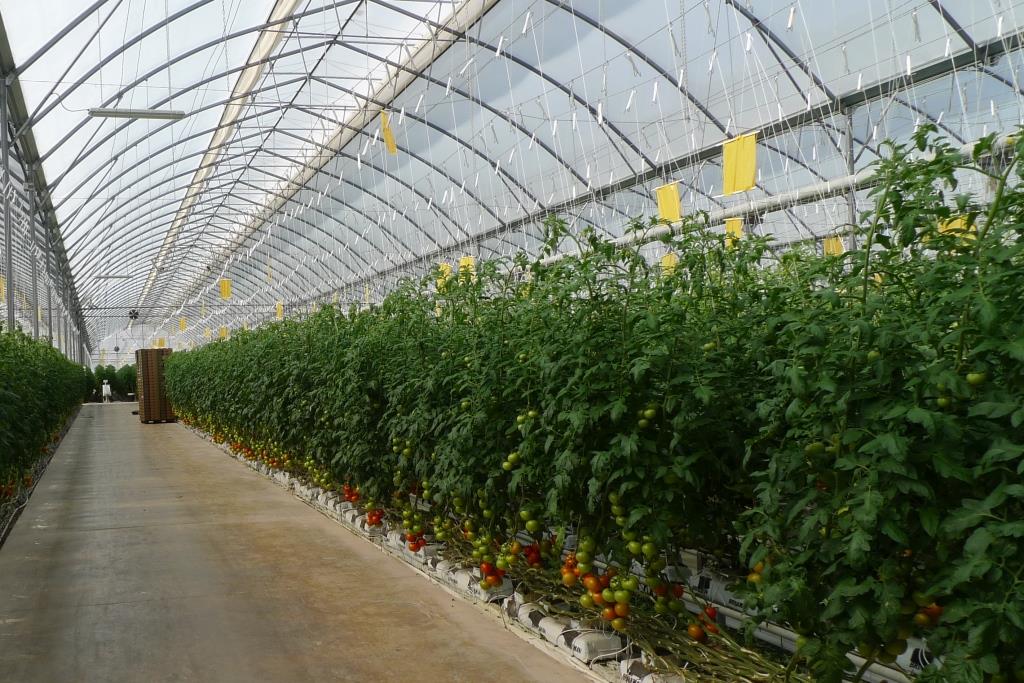 Light from the sun passing through a greenhouse film and entering a greenhouse is split into direct and diffused. Light diffusion causes a film to look hazy to human eye-this doesn't mean, however, that the film is less transparent. The PAR (photosynthetic active radiation) received by plants is practically the same. 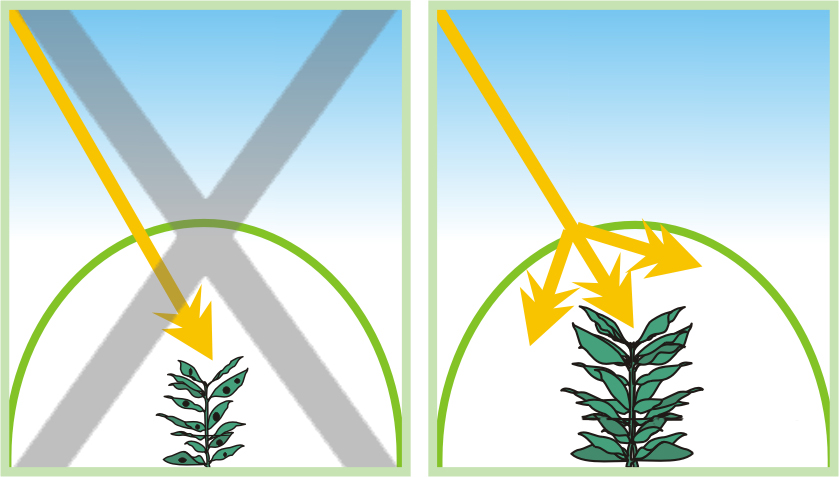 It is now generally accepted that diffused light has a positive effect on plant growth, especially for spring and summer crops and in areas with strong sunlight.

Light diffusion reduces shadows, ensures more uniform distribution of light in the greenhouse so that it reaches even the lower parts of the plants, prevents burnings and offers a moderate cooling effect. 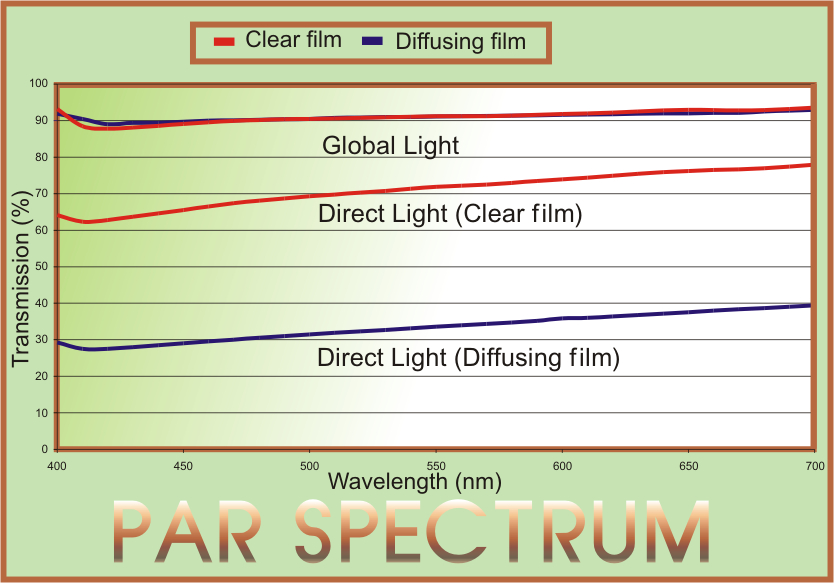 PLASTIKA KRITIS has the know-how and produces films with more or less diffusion, according to the specific requirements of each area and crop:

The choice of the most appropriate level of diffusion depends on the climate of the area, the crop and the season(s) of growing. PLASTIKA KRITIS' experts are at the disposal of our customers to consult on the most suitable level for every particular case.