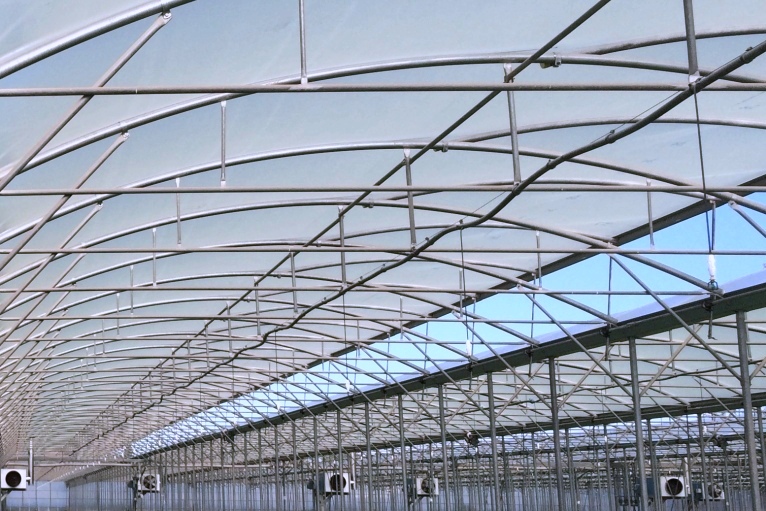 In many areas of the world there is growing requirement for films that cut-down excessive heat during day-time and maintain a cooler environment in the greenhouse. Particularly in the "tropics", in areas with strong sunlight and hot weather as well as in nurseries and for shadow-loving ornamental plants, the "cooling effect" is becoming more and more a requirement. 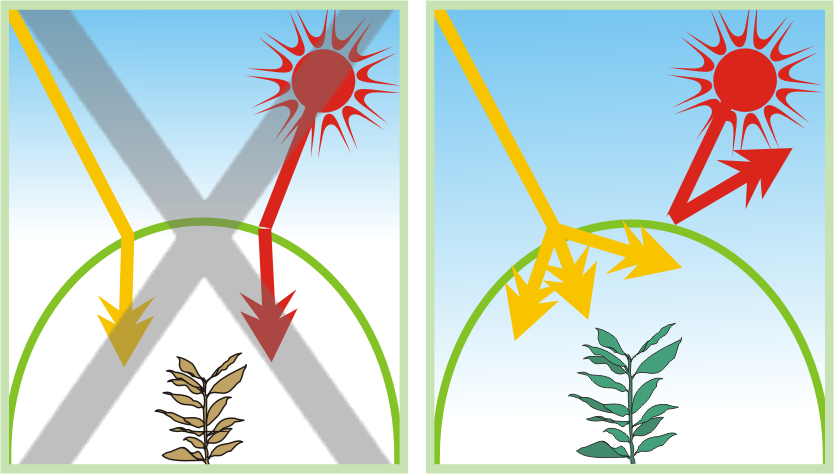 PLASTIKA KRITIS offers special types of films, which reflect and/or absorb the Near Infra-Red (NIR) Radiation, a the part of solar spectrum which is  useless for plants growth but carries most of the heat entering a greenhouse, thus reducing the heat inside the greenhouse during day-time. It has been demonstrated that the higher the outside temperature, the larger the temperature reduction achieved with "cooling" films.

Note: after cold winter nights, temperature rise in the morning may be a little slower under "cooling" films than under conventional PE films